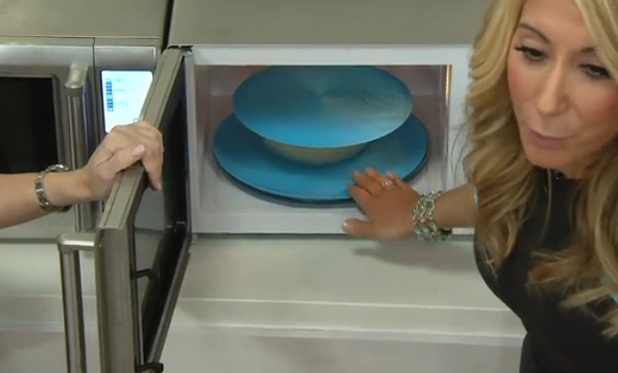 Cyndi Lee of Houston, Texas is the inventor behind Safe Grabs, a flat silicone disc that’s designed to grab a hot plate out of the oven or microwave. But that’s not all! Safe Grabs also works as a jar opener, a Tupperware cover and a funnel, among other handy kitchen accessories. Lee pitched Safe Grabs on Shark Tank in October 2016 and made a deal with the Queen of QVC, Lori Greiner — $75,000 for 25 percent.

Less than 15 hours after the Shark Tank episode aired, Lori Greiner went on QVC and sold out her entire supply of Safe Grabs. As Lee said of Greiner, “She is truly INCREDIBLE!!” SafeGrabs are also available on Amazon. (see above)  Shark Tank airs Fridays at 9pm on ABC.