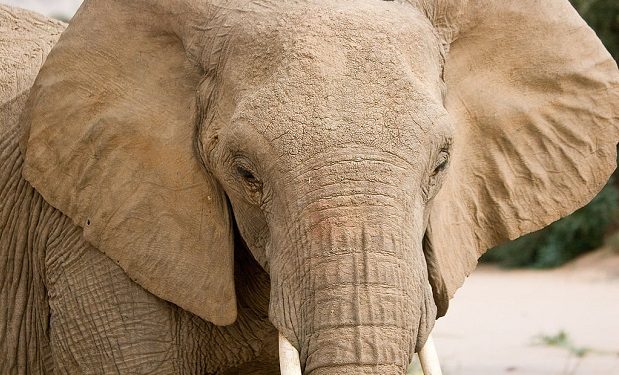 The noble elephant (photo by Greg Willis via Wikimedia Commons)

One might think that the designation p53 refers to a WWII fighter aircraft. Actually, it is the name of an important protein that has a known tumor-suppressing function. (Its full name is EP53.) It has been known for years that elephants rarely contract cancer and it turns out that the gene that stimulates p53 production might be the reason why. A pediatric oncologist named Joshua Schiffman working at the Huntsman Cancer Institute in Salt Lake City has found that the gene that encodes for the p53 protein has 40 copies in the elephant! In vitro lab tests over the past year have demonstrated that p53 kills many types of cancer — breast, lung and bone among others. Dr. Schiffman hopes to replicate these results with laboratory animals. The expectation is that the p53 protein could be an important therapeutic agent for cancer. Along with Avi Schroeder, a chemical engineer from Israel’s famed Technion Institute, Dr. Schiffman is working on reproducing the molecule and enclosing it in a nanoparticle package that could be administered to treat cancer. If successful in animals, it would next be tested in humans. Fingers crossed!

Beyond a nod of gratitude to the elephants for the gene in their DNA, the world is making some progress toward abating their slaughter by poachers and big game hunters. There were an estimated 100,000 African elephants murdered in the past three years. In just the last decade, 65% of the elephants of Central Africa were annihilated. One estimate is that one of every 12 African elephants was killed by a poacher. Thankfully, the Chinese, who are the major consumers of ivory, have now outlawed its sale. Thanks to unrelenting conservation efforts, these magnificent creatures may yet survive! And thanks again for p53.