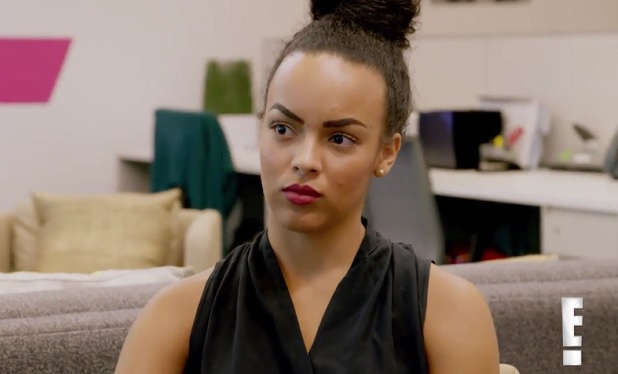 Cosmopolitan magazine is allowing cameras into its office to follow its editor-in-chief Joanna Coles, the star of the new reality show So Cosmo. The fashion industry isn’t always pretty. A lot of blood, sweat and tears go into producing a big glossy magazine like Cosmo. So Cosmo captures some of that by shining the light on some of the magazine’s staff including brand coordinator Diandra Barnwell.

[Check out the Cosmopolitan Bedside Astrologer: The Ultimate Guide to Your Star Power]

Diandra is originally from a small town near Albuquerque, New Mexico. After graduating from the Fashion Institute of Design & Merchandising (class of 2012), she worked as a sample coordinator at Nordstromrack.com before joining Hearst Magazines, which owns Cosmopolitan. The 26-year-old says her job involves “a little bit of everything.” Her boss, Joanna Coles, describes Diandra as “the ultimate Cosmo reader.” Coles adds, “I want her opinion on almost everything we do because she filters the reader so perfectly.” Plus, Diandra’s tight with influencer Kylie Jenner (see photo below). So Cosmo airs Tuesdays on 8pm on E!

Oh no big deal, just twinning with my boss! We’re all about dressing for the job we want at Cosmo, but I bet she didn’t think I’d be dressing for hers! Why not aim straight for the [email protected]