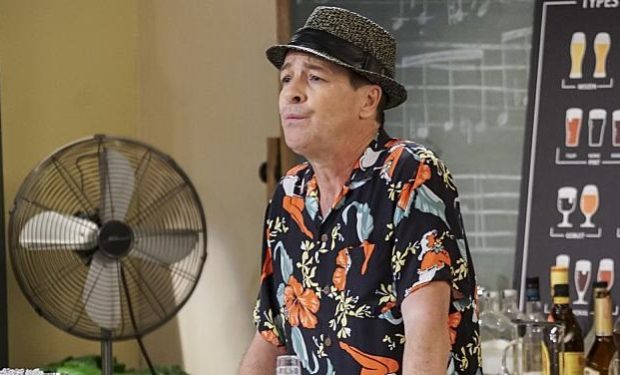 In the 2 Broke Girls episode ‘And the Sophie Doll’, while Sophie creeps everyone out with her look-a-like doll that works as a video monitor for baby Barbara, Max (Kat Dennings) and Caroline (Beth Behrs) take a bartending class. The idea is to add more cocktails to their dessert bar menu. But when Max gets the chicken pox, Caroline is forced to take the teacher’s exam alone.

The teacher, Mr. Bronski, is portrayed by French Stewart. He’s known for his roles on Mom (Rudy), The Middle (Principal Cameron), Less Than Perfect (Gene Schmidtline), 3rd Rock from the Sun (Harry Solomon), and The New WKRP in Cincinnati (Razor Dee), among others. 2 Broke Girls airs Mondays at 9pm on CBS.