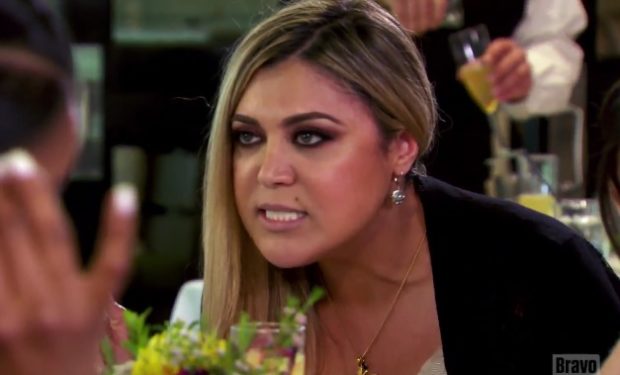 Elly defending herself on Married to Medicine Houston (Bravo)

In the premiere episode of Married to Medicine Houston we meet all of the female doctors, even Elly Pourasef who isn’t considered “a medical doctor” but she is an audiologist. Based on the sneak peek of the series, Elly often gets defensive about her status even though she’s married with “the big giant house” and has her doctorate* and owns her own private practice. “There is a hierarchy,” admits Elly, “I’m not as ‘high up’ as some of the other doctors.”

When co-star Monica Patel, a “quadruple board certified cardiologist,” says things like, “I just think it’s really funny how anyone can be called a doctor these days” it irritates Elly to no end. In one scene Elly snarls at Monica: “Did I ever say I was a medical doctor?!” In another scene, Elly suggests that the person she’s talking to should “Google me.” Married to Medicine Houston airs Fridays at 9pm on Bravo.

*Since 2007, in the U.S., audiologists are required to receive a doctoral degree (Au.D. or Ph.D.) in audiology before practicing. Pourasef earned hers from the University of Texas at Austin.

Who Is Socialite Cindi Rose on ‘Married to Medicine Houston’?