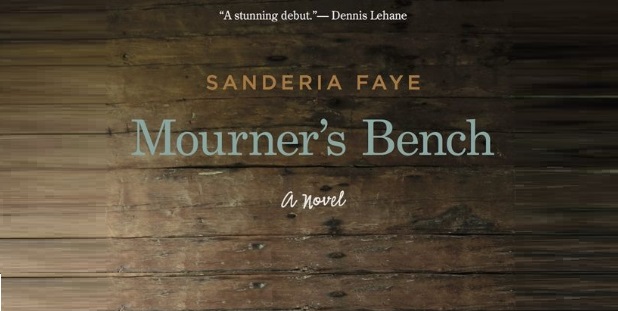 Sanderia Faye’s Mourner’s Bench wins the Hurston/Wright Legacy Award for Debut Fiction. Mourner’s Bench was a nominee in the debut fiction category, alongside with Naomi Jackson’s The Star Side of Bird Hill and Chigozie Obioma’s The Fishermen. The winners in debut fiction, fiction, nonfiction, and poetry were announced at an award ceremony at Washington D.C.’s Washington Plaza Hotel on October 21, 2016. As the Hurston/Wright Foundation website states: “The Legacy Award honors the finest in Black literature in the United States and around the globe. Introduced in 2001, the Legacy Award was the first national award presented to Black writers by a national organization of Black writers. Fiction, nonfiction, and poetry honorees are selected in a juried competition. Merit awards are given at the discretion of the Board of Directors. Each October, the award winners are celebrated during a gala that draws hundreds of literary stars, readers, and representatives of the publishing industry, the arts, media, politics, and academia.”

[Check out the first 2paragraphs of Mourner’s Bench here]

Mourner’s Bench is a young girl’s story of coming to terms with religion, racism, and feminism during the 1960s in the Arkansas Delta. Kirkus Reviews calls the novel “an absorbing meditation on the meaning of religion in a small town as well as a keen-eyed perspective on the way one African-American community encountered the civil rights movement. An astute coming-of-age tale set against an all-too-relevant background.” The Rumpus says, “Mourner’s Bench is a well-researched and commendable debut effort that expands and complicates the body of literature written about the Civil Rights movement by asking readers to lend equal consideration and weight to the roles age, gender, and religion played.” Recipient of many awards, residencies, and fellowships, Sanderia Faye was born and raised in Gould, Arkansas. Her work has appeared in various literary journals. She holds an MFA in Creative Writing from Arizona State University, and is a PhD student in English at North Texas University.