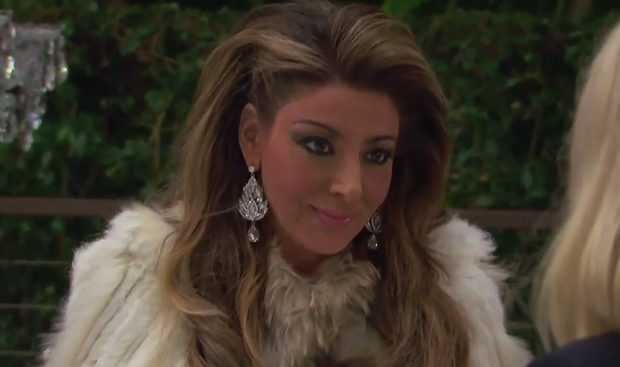 In The Real Housewives of Melbourne episode ‘Bye Bye Byron,’ it’s Gamble Breaux’s big day. She asks her best friend Gina Liano to be the celebrant, to marry her and her fiance, Dr. Rick Wolfe. Gina agrees but the night before the wedding she skips out of Gamble’s party in order to watch herself on another reality TV show, Celebrity Apprentice.

When grilled by Chyka Keebaugh and Janet Roach, Gina at first says she didn’t leave the party to watch herself on TV but to celebrate the birthday of her son Miles, in her hotel room, where the TV was on. “Even if I did,” says Gina, what business is it of Chyka and Janet? Maybe Gina knew it was going to be one of her last episodes on Celebrity Apprentice. During the fourth episode, Gina was forced to quit Celebrity Apprentice due to a stomach bug for which she had to be hospitalized. The Real Housewives of Melbourne airs Fridays at 9pm on Bravo.