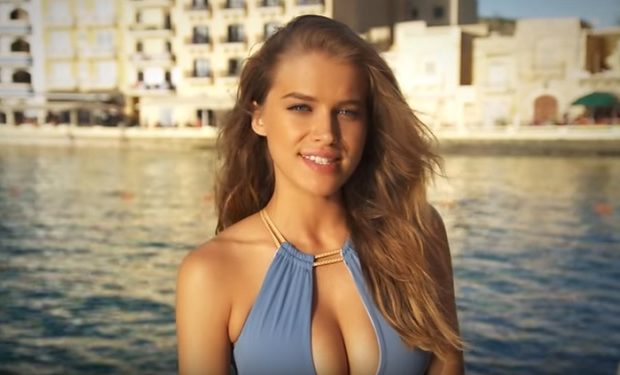 On Celebrity Family Feud, reality TV stars from The Bachelor will compete against those from The Bachelorette including Bachelor Ben Higgins and Kaitlyn Bristowe who’s engaged to Shawn Booth. But America won’t be able to turn the channel when Indy Car Drivers compete against Sports Illustrated swimsuit models Nina Agdal, Samantha Hoopes, Tanya Mityushina, Robyn Lawley, and Hannah Ferguson.

Most of the Sports Illustrated models have posed for the magazine several times but Tanya Mityushina is a rookie. The 5’9” tall 23-year-old was born in Russia. Since moving to the States, Tanya has worked for Victoria’s Secret and made an appearance in the 2013 rom-com Don Jon starring Joseph Gordon-Levitt and Scarlett Johansson. Celebrity Family Feud airs Sundays at 8pm on ABC.