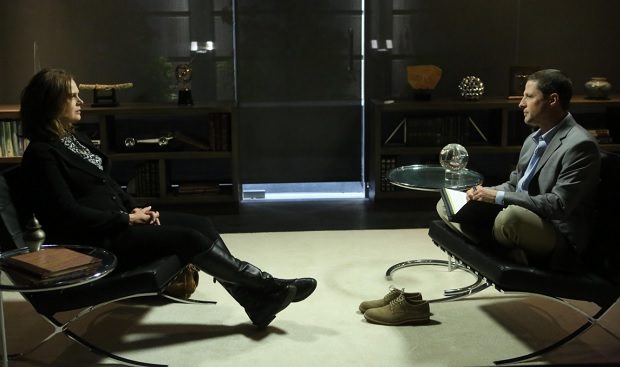 On the Bones episode “The Nightmare in the Nightmare,” the serial killer known as The Puppeteer resurfaces. He’s the one who turns his victims into marionettes – the one Brennan (Emily Deschanel) failed to catch during her brief retirement. Brennan sees a therapist, Dr. Brandon Faulk, about her guilt, but a therapy session won’t keep The Puppeteer from coming after her.

Dr. Faulk is is portrayed by Tim Guinee. He’s known for his roles on Hell on Wheels (Collis Huntington), Elementary (Agent Dean McNally), The Good Wife (the stay-at-home dad/freelance investigator Andrew Wiley), and Homeland (Scott Ryan), among others. Sanders is also known for his role as Major Allen in the Iron Man movies. Bones airs Thursdays at 8pm on FOX.