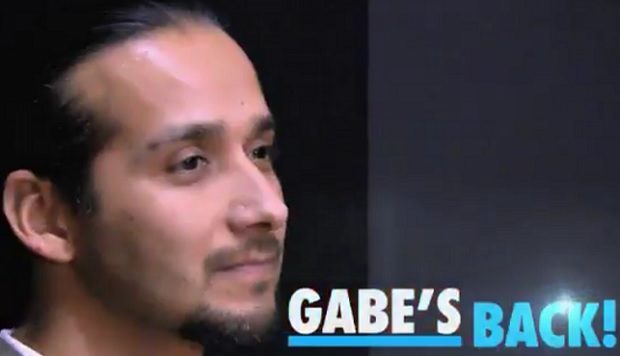 On the Braxton Family Values episode “You Want That Old Thang Back?,” while Towanda works on her acting career, sister Trina drops a bomb in the kitchen. She tells her sisters that she had a conversation with her ex-husband Gabe Solis. The sisters are not pleased with the news. Tamar says “You look crazy.”

Trina married Gabe in 2003. After hearing rumors about Gabe cheating, Trina threatened to divorce him in 2013 but it took another two years for Trina to make it official — in April 2015. According to Gabe’s Twitter account in August, he bought a new gun, a Glock 43 pistol (see below). Expect more surprises from Gabe on Braxton Family Values which airs Thursdays at 9pm on WEtv.