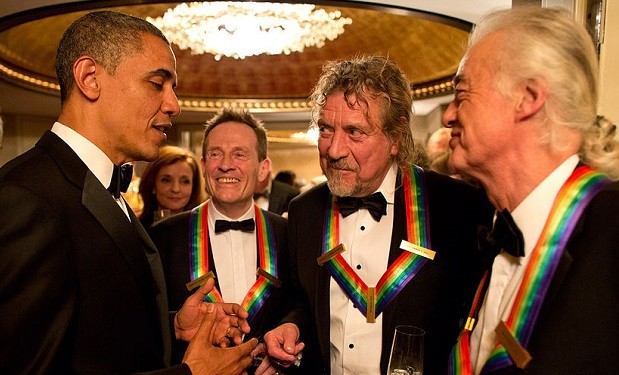 Few obsess about the music business — and tech and getting old and whatever else strikes his fancy — like the indefatigable Bob Lefsetz. A music industry veteran who has seen what Led Zeppelin might call “good times bad times,” Lefsetz writes a newsletter that — by the time its delights are shared — gets seen by millions. He can take apart the Apple Watch, ponder Taylor Swift, ride Tidal, catalog Dylan, and praise the most vital among the dead all in a sentence or two. He’s wrong, he’s right — he’s never dull.

The Led Zeppelin “Stairway to Heaven” plagiarism case is right up the Lefsetz alley. Aging rockstars, outdated copyright laws, powerful posturing, big money, unforgettable riffs — it’s got all the ingredients that usually get him going. It even brings out the poet in him, which he tends to keep packed away. What does the Zeppelin trial mean — besides being the only way to get Plant and Page together again? How about this? “Where there’s a hit, there’s a writ,” he writes. It also meant, in the end, that the jury liked Zeppelin more than Spirit — Zep prevailed against the plagiarism charge.