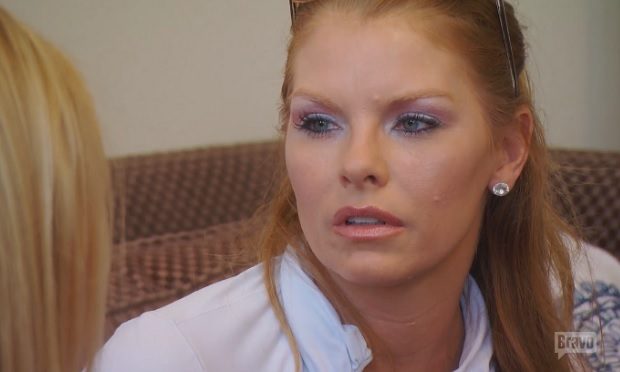 In The Real Housewives of Dallas episode “Black and Blues,” while Tiffany Hendra hosts a charity event, and LeeAnne Locken tries to hash things out with Stephanie Hollman, Brandi Redmond receives traumatic news about her younger brother Michael, who is a veteran. When he returned from his tour in Afghanistan, Michael was diagnosed with post traumatic stress disorder. During the filming of RHOD, Brandi’s mother Jana calls Brandi to let her know that Michael is in the hospital.

During a visit at Stephanie’s house, Brandi reveals that her brother tried to commit suicide. “He tried to overdose,” Brandi explains. The Real Housewives of Dallas airs Mondays at 10pm on Bravo.