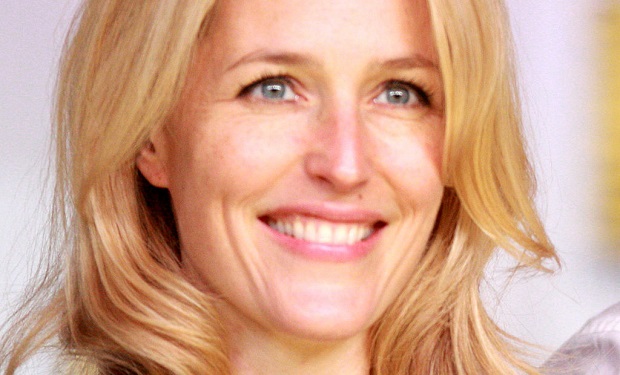 While it is more than likely that the producers of the James Bond movies will go with a very safe, very white choice of actor to replace Daniel Craig as 007 (sorry, Idris Elba), there is a campaign for MGM and Eon Films to think way outside the box and have a female Bond (called, presumably, Jane Bond). After Emily Blunt proved to studio bosses and audiences that she can kick ass in The Edge of Tomorrow and Sicario, there have been calls for her to be cast as a female 007, with Twitter predictably going a little nutty at the thought.

Well, hold on, Emily Blunt, you’re not the only woman who the Internet thinks would make a great 007. Another smart, beautiful, capable actress has thrown her name out as a possibility: none other than Gillian Anderson. This morning she posted a mocked-up poster of herself as Bond on Twitter with the hashtag #NextBond. And if the Internet got excited about Blunt, it pretty much exploded at the thought of the ultra-smooth Anderson in the part. “If you won’t give me Cate Blanchett or Gillian Anderson as the#NextBond, then don’t give me another Bond at all,” reads one tweet. It’s only a matter of time before someone makes the hashtag #Anderbond. It doesn’t really matter, though. Hollywood seldom takes risks, so the next James Bond is probably going to be the bloody boring, posh, and decidedly male Tom Hiddleston.

It’s Bond. Jane Bond.
Thanks for all the votes! (And sorry, don’t know who made poster but I love it!) #NextBond pic.twitter.com/f8GC4ZuFgL