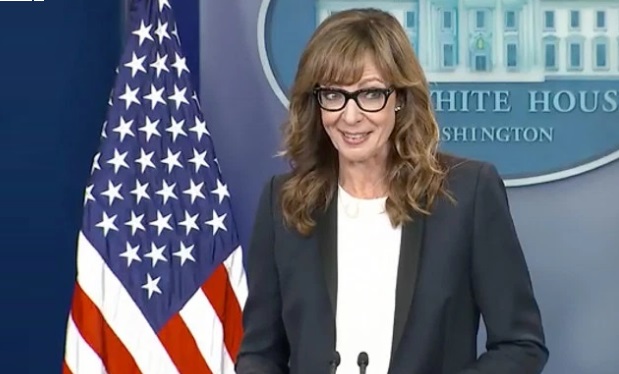 C.J. Cregg, the character Allison Janney brought to indelible life on The West Wing, reappeared at the real White House podium on Friday — giving reporters and viewers a treat and making it a full-on comedy weekend in Washington. Janney was the warm-up act for President Obama’s White House Correspondents Dinner monologue.

Janney currently plays a recovering addict on the affecting TV comedy (with dark undertones) Mom. Her two most famous TV characters merge in the concerns of the current White House, where the Obama administration has taken steps to curb opioid addictions in the US, a situation that many are seeing as a plague.