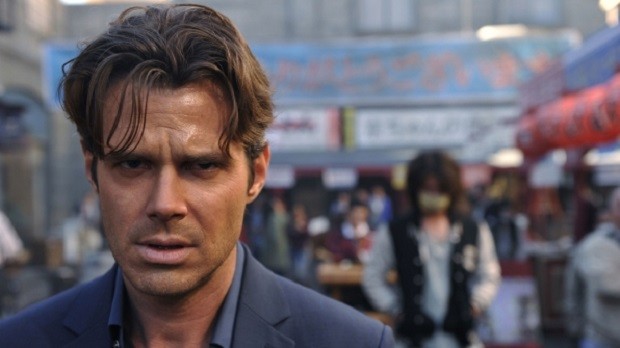 In the Criminal Minds: Beyond Borders episode “Whispering Death,” the International Response Team travels to Japan to help local law enforcement. Together they investigate a series of homicides that have been made to look like suicides. It’s a tricky case as guns have been outlawed in Japan since 1971 and Unit Chief Jack Garrett (Gary Sinise) doesn’t have time for local protocol.

One of the Americans being followed by the UnSub in Tokyo is Kris Hall. Hall is portrayed by Josh Casaubon. He’s appeared on several TV shows including The Closer (Greg Turner), Bad Teacher (Dr. Grant), Modern Family (Gus), Army Wives (Scott Decker), and 30 Rock (Roger), among others. Casaubon got his big break in 2005 when he landed the role of Hugh Hughes on the daytime soap opera One Life to Live. He will appear in the forthcoming film, Untitled Warren Beatty Project (Marvin). Criminal Minds: Beyond Borders airs Wednesdays at 9pm on CBS.