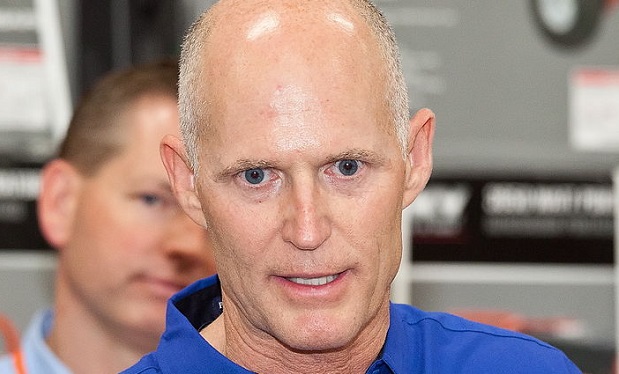 Florida Governor Rick Scott got yelled at by an angry woman with insufficient healthcare, a situation she blamed on Scott. The confrontation, which took place in a Gainesville Starbucks, was recorded on video and shared on the Internet (see below). In the footage, Scott smiles at the woman as she heckles him, at one point seeming to say, “Oh really?” Scott knows quite a bit about healthcare — he is the former CEO of Columbia/HCA, one of the largest private healthcare providers in the US. The woman in the video was clearly accosting the governor — and if she’s a model for constructive debate and problem-solving, we’re doomed. But below is a single paragraph from Wikipedia that may give some insight into why Rick Scott smiles throughout the episode:

“[Rick Scott] resigned as chief executive of Columbia/HCA in 1997, amid a controversy over the company’s business and Medicare billing practices; the company ultimately admitted to fourteen felonies and agreed to pay the federal government over $600 million, which was the largest fraud settlement in US history. Scott was not implicated and no charges were leveled against him personally. Scott later became a venture capitalist.” Scott wasn’t implicated in the company’s malfeasance and he clearly had no reasonable way to respond to the irate heckler. But this single paragraph helps explain the anger driving the campaigns of both Bernie Sanders and, ironically, billionaire Donald Trump.