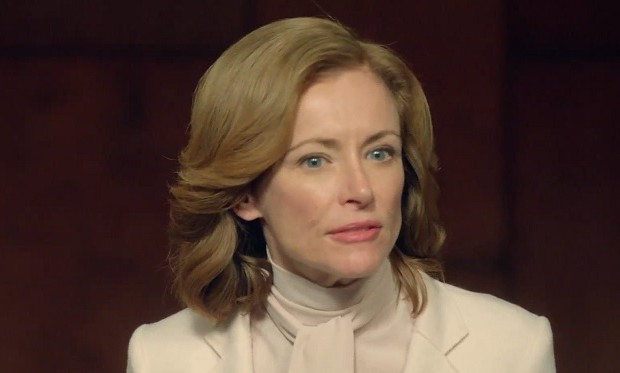 On Suits, it’s been a troubling season for Mike Ross (Patrick J. Adams). After he’s arrested for fraud (he’s really not a Harvard-educated lawyer), most of Mike’s law firm friends are doing their best to get him off the hook. They stick by him even when intimidated by Anita Gibbs, who recently tried to scare Mike’s girlfriend Rachel Zane (Meghan Markle) into making a deal. In the episode “Tick Tock” (February 23) Gibbs offers Louis Litt (Rick Hoffman) the chance to turn on his compatriots. And he’s tempted.

Anita Gibbs is portrayed by Leslie Hope. The Canadian-born actress is best known for her roles on NCIS (Secretary of the Navy Sarah Porter), Tyrant (Lea Exley), The Strain (Joan Luss), The Mentalist (Kristina Frye), 24 (Teri Bauer), and Knots Landing (Linda Martin), among others. Suits airs Wednesdays at 10pm on USA.