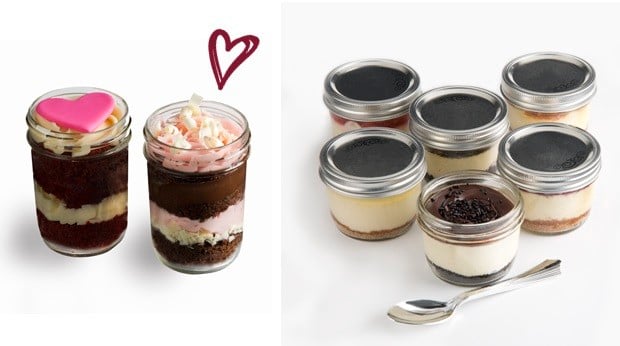 Tracey Noonan and her daughter Danielle Desroches went on Shark Tank to pitch their homemade baked good company, Wicked Good Cupcakes. And yes, they’re from Boston – Cohasset, MA to be exact. What makes their cupcakes different from the rest are that they’re delivered in jars. Depending on the flavor, each cupcake costs about $7. On Shark Tank, Wicked Good Cupcakes made a deal with Kevin O’Leary. He gave them $75k, and in return they gave him $1 for every cupcake their sold until he got his money back. He got the $75k back within in 74 days. Now he gets 45 cents for every cupcake sold in perpetuity – a sweet deal indeed.

Since appearing on Shark Tank, Wicked Good Cupcakes has expanded their product line to include cookies in a jar, pies in jars, brownies in jars, and cheesecakes in jars. Each 8oz. Cheesecake in a Jar is shipped frozen. They’re sold in 6-packs for $49.95. You can choose from six flavors: plain, strawberry, caramel turtle, cookies and cream, lemon, and chocolate. Wicked Good Cupcakes founders have more ideas for expansion which they will present to Kevin O’Leary on the Shark Tank spinoff show, Beyond the Tank, which airs Thursdays at 8pm on ABC.