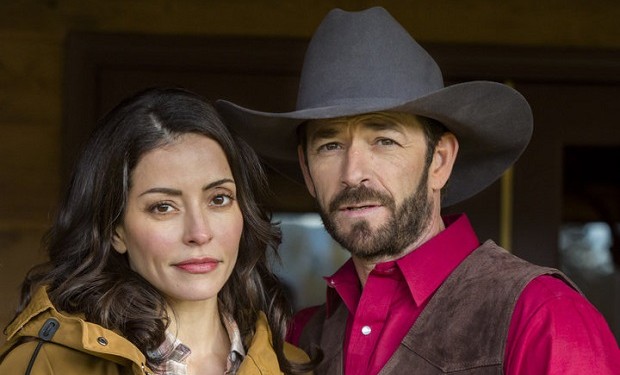 In the TV movie Love in Paradise, a Western movie actor named Avery Ford (Luke Perry, Dylan of 90210) tries to revive his career by checking into a dude ranch in Montana. The only problem is he’s really a city slicker who has absolutely no cowboy skills — which is pretty funny to watch At one point, he tries to move a horse by pulling on its tail. Luckily, he meets Heather Twain whose family owns the ranch. She teaches him how to ride, rope, and even fix a truck. Although she does feel scorned when she finds out he’s a phony, she can’t help but to fall for him.