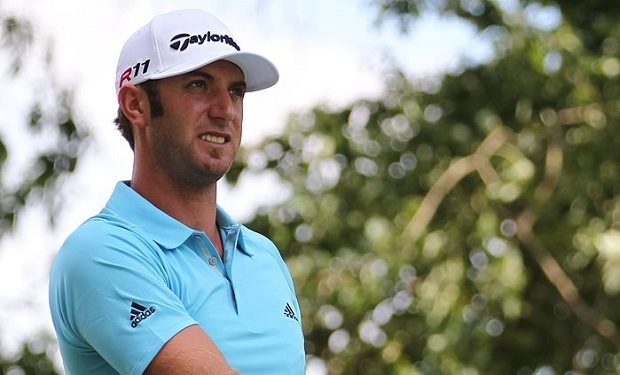 Paulina Gretzky is a lot of things – daughter of legendary ice hockey player Wayne Gretzky, a super-hot model, and now new mother. In January she gave birth to an adorable boy, Tatum Gretzky Johnson, although you wouldn’t know it from the photo she posted of herself wearing a string bikini (see below), five months later.

The one thing Paulina Gretzy isn’t is married. The father of her first child is her fiance, professional golfer Dustin Johnson. They’ve been engaged since August 2013. Their plans for a fall 2014 wedding were put on hold as Johnson took time off from the PGA Tour to address “personal challenges.” Johnson is currently competing at the US Open. Looks like fatherhood is agreeing with Johnson. He and Henrik Stenson shot 5-under 65s on Thursday (June 18) to hold a one-stroke edge over Patrick Reed. Will part of Johnson’s re-emergence include a fresh marriage proposal? Tatum wants to know.